written by Carlie Mead (my sister)

Discussing all the differences between the How to Train Your Dragon (HTTYD) books and movies could create another entire series.

While both the books and the movies are about a young Viking named Hiccup and his dragon Toothless, they are actually dissimilar in their plots. The movies have Hiccup learning about the Viking enemies--dragons--and the books have Hiccup attempting to release the dragons from slavery to the Vikings.


But despite the many differences (Toothless!!!) the movies stay very close to the books in their main themes. 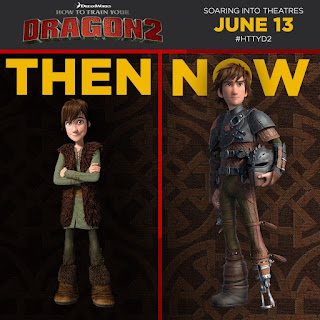 The most obvious theme throughout both is Hiccup growing up. From book 1 (2003) to book 12 (2015), Hiccup slowly becomes an adult through his decisions, discoveries, trials and many, many errors. Releasing the dragon Furious was a good decision, but ultimately led to a war, which taught Hiccup that he was willing to sacrifice everything to save the dragons he loves.

Movie Hiccup also grows up (if you didn’t see it, you must be blind!). From a young kid seeking to get attention, to a Viking chief, Hiccup learns to accept responsibility and goes from boy to man.

Standing Up for Your Beliefs

In Cressida Cowell’s series, every character learns to stand up against what they believe to be wrong.

After allowing others to take credit for previous successes throughout the books, Hiccup eventually stands up against Alvin the Treacherous, the main antagonist, denying Alvin the right to be Grimbeard’s heir, and not backing down even when it seems that he had already lost. Because Hiccup is firm in what he knows to be true, Alvin can’t win.

Despite fighting for Alvin’s army because of the position of power given to him, in the end, even Snotlout had to stand up for what he truly believed, no matter what the cost.

The movies also, promote the idea of standing up for your beliefs. In movie 1, Hiccup was hiding his true feelings, until his fight against the Monstrous Nightmare, when he denied his Viking heritage and refused to do something he thought was wrong. In the second movie, Toothless must stand against his own nature and alpha dragon to save a loved one.

Destiny plays a big part in both the books and movies. In the books, many people and several old prophesies tell Hiccup that he is destined to be a great chief because he finds certain objects, and completes foretold quests. No matter how Hiccup gets into the situation destiny has Hiccup fulfilling ancient prophesies word for word.

In the movie (number 1) Stoic tells Hiccup, “But you will kill dragons.” As a Viking, it is an expectation to kill them, especially if you want a girlfriend. Hiccup is a Viking, and despite befriending dragons, he still kills the queen bee dragon, because, as a Viking, it’s his destiny. Even in the second movie, although he doesn’t want to be chief, Hiccup had to accept who he was meant to be.

If you can get over a well-mannered Toothless, Snotlout living while Stoic’s dies, and that Camicazi turned into. . . Astrid? then it is easy to watch the movies and see the similar themes in the books.

Which is better: the books or the movies? Leave a comment and let my sister know what you think!
Reactions:
Labels: dragons HTTYD TV show 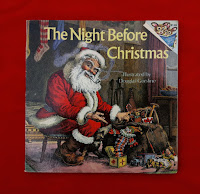 Top 10 Christmas Books from My Childhood